The Power of An Impactful Message: Synthetic Conversation 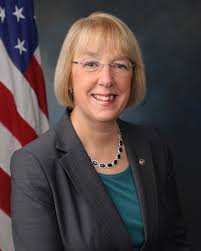 In 2010, U.S. Senator Patty Murray (D-WA) was locked in a tight reelection race and desperately needed to appeal to male voters. Stones’ Phones designed a Halloween-themed Synthetic Conversation automated call program, where potential male voters were called and asked to select the actions that bothered them most about her opponent by selecting buttons on their phones.

The goal of the program was to demonstrate how her opponent, Dino Rossi, had sided with big money in the past.

The responses collected from over 140,000 potential voters, throughout the several rounds of calls, were broadcast via another automated call on the day following the completion of the survey on Halloween.

The call expressed the “scariest” actions Rossi had taken based on the opinions of their neighbors. For example, “64% of your neighbors agree that the scariest thing about Dino Rossi is that he wants to ship jobs to China.”

What is a Synthetic Conversation?

A Synthetic Conversation allows voters to express their opinions and is an effective way to bring facts about a specific candidate or organization to light during the campaign season. It is commonly used by Independent Expenditures.

A synthetic conversation is created with two separate auto calls. First, voters receive an interactive auto call and are asked to press buttons on their telephone keypad to respond to a survey. For example:

Once the recipient presses a button, they hear all of the facts as well as the stances of the candidate.

There can be up to nine different options for any general Synthetic Conversation program, which allows for respondents to express a wide array of opinions.

The interactive auto call is then followed the next day by a simple, 30-second recorded message that gives the results of the survey conducted in the first push button call. For example:

We call these phone programs Synthetic Conversations because we are manufacturing interaction between the targeted audiences in hopes of using social pressure to achieve a desired result for a particular candidate or organization.

How can a Synthetic Conversation help you?

A Synthetic Conversation makes potential voters aware of certain issues, which hopefully creates an impactful message that sticks with them all the way up until Election Day.

While many campaigns are criticized for going overtly negative, Synthetic Conversation allows strategy to be dictated by the voter. If a majority of people think that a candidate should not be elected because of past actions, the public has a right to be informed.

Synthetic Conversation also allows you to reach a wide number of potential voters in an efficient manner because they are made up of inexpensive auto calls. Particularly in a closely-contested race where voters have strong opinions, this innovative tactic ensures that you can craft a strong and personal message.

Synthetic Conversation can be the difference in your targeted campaign

Synthetic Conversation allows you to shape a unique campaign strategy by connecting with up to hundreds of thousands of potential voters. Whether you want to make sure voters are informed or simply understand what they are thinking, they provide the perfect way to build opposition to your opponents while also strengthening the appeal of those you support.