Everybody Texts: The Demographics of Texting

Texting: everybody does it! And that’s why it’s a great way for campaigns and non-profits to contact voters and supporters. For almost 10 years now, texting has been the most popular mode of communication in America.

It’s a quick, efficient, and convenient way to communicate, and with 90% of adults owning cell phones, it’s easy to see why texting is so popular. 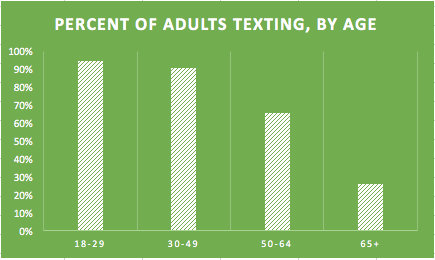 As expected, texting is most popular among the youngest voters. Among 18-29 year olds, a full 95% use texting, and that figure only drops slightly to 91% for 30-49. Clearly, texting is an ingrained cultural practice for a large portion of voting-age adults.

Even among older voters, texting is still relatively popular. Two-thirds of Americans aged 50-64 send or receive text messages, and about one-quarter of those over 65 use texting. And while older Americans aren’t as used to receiving texts, when they do they are more likely to respond.

Men and women text at equally high rates, and while wealthier and more highly educated individuals are more likely to text, rates are still very high across the income and education spectrums.

Breakdowns by race and ethnicity reveal more insights. Notably, African-Americans and Hispanics are not only more likely to text than their White counterparts, but also send and receive more messages on an average day.

At a time when voter contact with African-American and Hispanic voters is absolutely vital, texting seems a surefire way to mobilize minority voters.

And not only does everybody text, Americans also check their phones for new messages and notifications very frequently. 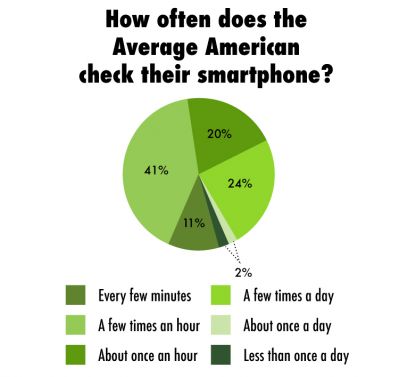 As shown, 72% of Americans check their phones at least once an hour. That means that targets will receive and read your message almost instantaneously.

Texting is the future of political communication: it allows us to meet voters where they are, have real conversations about issues that matter, and push supporters to the polls.