Door-to-Door Canvassing Vs. Phone Calls: Choosing the Most Effective Way to Reach Out to Voters 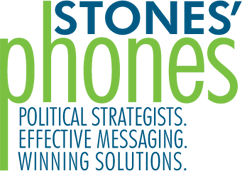 Door-knocking has traditionally been one of the most popular campaign strategies to increase voter turnout. Still favored by many candidates across the country, door-to-door canvassing remains a leading method in reaching out to voters.

However, many canvassers would attest that door-knocking can sometimes be problematic since people have become less willing to talk to strangers. In fact, several cities, such as Royal Oak, MI, have considered adopting measures that would impose stringent restrictions on door-to-door political activities.

Moreover, the layout of a specific region can have a diminished effect on the desired results of door-to-door canvassing in that area. For instance, canvassing can prove challenging in rural regions where homes are often spread out far from each other, as well as in urban centers where many apartment buildings require a code or key to enter.

The weather, too, can jeopardize canvassing efforts as heavy rain, heat, or snow can affect the morale of volunteers and slow down a campaign’s momentum.

So, what is the alternative in situations where door-to-door canvassing may seem ineffective and even potentially negatively affect a campaign?

Phones can do more than reach the voters that canvassers have trouble talking to. They are also one of the most efficient tools in the field. With the help of telephones, thousands of voters can be reached nearly simultaneously.

Phones are highly effective when used to reach out to people who earlier expressed a willingness to vote. Through our GOTV Catch and Release program, we effectively motivate citizens to exercise their civil right to vote.

This is how we do it.

Days before an election, we call the GOTV universe and ask them to record why voting is important to them. Then, prior to Election Day, we reconnect with the same voters and play their individual recordings back to them. By doing so, we kindly encourage them to stay committed to their views and remind them of their individual reasons for voting. This results in the likelihood of an increased voter turnout.

To further highlight the effectiveness of phones in increasing voter turnout, consider the following scenario: There is an expected low voter turn-out on Election Day, and you really need the voters to get out and cast their ballots. Having canvassers go around and knock on peoples’ doors 24 hours before Election Day is not the most time-efficient tool.

Although this approach deserves applause, will it produce the desired voter-turnout outcome in a short time frame?

The answer is no.

Even if the candidates themselves walked around various neighborhoods at that point, it would hardly make a substantial difference. And that’s why, in 2014, Maryland Delegate Jeff Waldstreicher connected with thousands of voters the day before the Maryland Democratic primary using a GOTV Telephone Town Hall. Waldstreicher talked about issues that his community members were interested in and had real conversations with voters.

It is no surprise then that Delegate Waldstreicher came out on top on Election Day.

Growing technologies, like voter file texting, will change the way modern campaigns are conducted, and phones are to play an even more crucial role in reaching out to all potential voters. Perhaps most exciting is the mobilization of youth in political processes by utilizing the one tool they are all familiar with: phones.

PrevPreviousUsing Voter File Texting to Get Out the Vote
NextDialing for Ballots: How to Use Phones for Vote by Mail GOTVNext 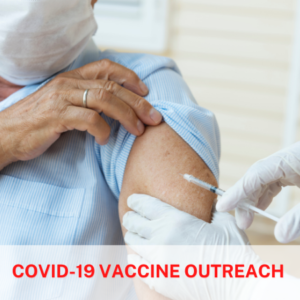