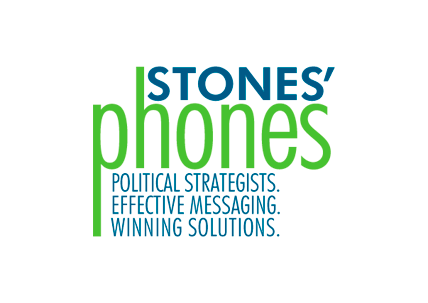 Activists wish that getting their issues taken seriously by elected officials were as easy as sending an email, but that rarely gets the job done. Real stories from real people aren’t as cheap as cookie-cutter emails, but the reactions they receive from their elected officials are priceless.

Patch-Through programs are an effective tool in advocacy outreach because they give constituents a direct line to the elected officials making decisions on their behalf.

The Problem with Writing to your Elected Official

A 2012 study by Shayna Englin and Stefan Hankin titled “The Advocacy Gap”indicated that what legislators need from advocacy groups is direct contact with their constituents. A dozen personal stories from constituents on why they should vote “yes” on a bill can be significantly more effective than thousands of identical emails about the same issue.

The study found that even though advocacy groups know emails are the least effective form of communication, they keep urging people to send them anyway. Much like diet and exercise, it seems Americans would rather do anything other than direct communication.

With a little hand holding from Stones’ Phones, constituents connect directly to their legislator and get a response immediately. Plus, the response they get from the legislative office will be personalized, not a generic one sent back to hundreds of other emails on the same subject.

According to a 2011 study on Congressional Communication by the Congressional Management Foundation, those scripted email responses can take anywhere from a few days to more than 9 weeks to be sent.

That’s if you get a response – thousands of emails are forgotten  daily due to the fact that legislative offices don’t have the time or resources to look at them all, let alone act on every one.

Letter writing presents even more roadblocks to your communication. Modern security concerns on Capitol Hill require all mail to be searched and irradiated at facilities in Ohio or New Jersey before it gets sent to the Legislative Office, which usually delays your letter by about 2-3 days, according to the Post Office’s studies.

With the unpredictable pace of Congress, this could make your letter drastically late.

What Congressional Offices need is a personal and specific story about an issue’s impact in their district. The more direct and tangible the contact is, the harder it is for the legislator to do nothing.

Englin and Hankin found that short of sitting down with your legislator and talking face to face, phone calls are the hardest form of contact to ignore and therefore much more effective than writing.

Specifically, telling your legislator exactly how they can help you has an enormous impact on their response. A former chief of staff’s suggestion was that advocacy groups instruct the people being patched through to name their issue, the legislation on it, and how they want their legislator to vote on it.

How Stones’ Phones can Help:

Patch-through campaigns are a great resource for your campaign or organization. Calls go out, describe the problem in the legislator’s district or state, and ask voters if they would like to be connected (patched) through to their representative to give a personal statement about the problem.

These call programs can be delivered over long periods of time or just before the vote, whether it is over a few days or even weeks. As we said in our 18 Ways to Improve Patch-Through Calls blog, doing patch-through programs well before the issue comes up makes a Legislative Office pay more attention to it.

This ensures that the legislative office receives a consistent amount of calls for a significant period of time about the issue, resulting in a clear call to action by real people with real stories, which cannot be ignored by a representative.

Legislators like former Senator (and current ambassador to China) Max Baucus have said that patch-through calls work, and are an effective way to not only hear from the constituency, but to ensure action on these issues.

You can learn more about Max Baucus’ thoughts on patch through calls here.