Ever since Donald Trump’s surprise victory, campaigns nationwide are looking for new and innovative ways to capture conflicted, late-deciding voters. After all, exit polls showed that these late deciders broke for Trump by upwards of 10 points in several key states. Post-election polling even suggested that Trump may have poached a sizable vote share from the Clinton camp during the home stretch.

The answer may lie in a contest far, far down the Nevada ballot in 2016. Question 1 sought to close a dangerous loophole in existing laws by requiring private firearm transfers to go through a licensed dealer who would run a background check on the buyer.

The Nevadans for Background Checks campaign was trying to secure a Yes vote, but were up against major opposition funding and fear-mongering from the NRA. It also became clear soon after early voting began that voters were tuning out traditional outreach methods. 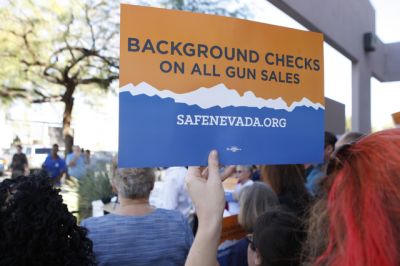 With oversaturated airwaves and well-funded opposition messaging conflicting our undecided voters right before they cast their votes, we needed to devise a live call tactic that cut through the noise and went beyond traditional persuasion and GOTV techniques.

We worked with the Question 1 campaign to script a live call that gave operators a chance to have more in-depth conversations with undecided voters during the final week of the campaign. We asked folks who answered the call to tell us why they supported universal background checks. Our operators then gave voters the time and space to vocalize their unique, personal reasons for supporting this policy.

Once voters had the opportunity to think about and articulate their support, we proceeded to educate voters on a dangerous loophole in Nevada’s current gun laws and what Question 1 would do to address it. Finally, we ID’d for support of Question 1 specifically, and reminded them to vote their entire ballot.

During these final days of the election, we managed to have 26,709 live, in-depth conversations with voters, and leave 8,225 voicemails with a short educational and action-driven message. Our 90%completed call rate was remarkable for such an over-saturated communication environment! 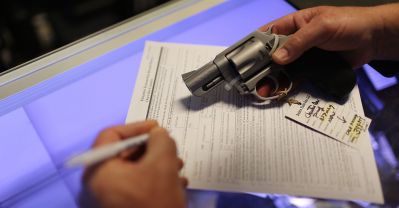 Ultimately, we leveraged the advantage of being one of the last voices voters heard before casting

their ballot. Internal polling demonstrated increased support for the initiative in the final days of the campaign, evidence we were successfully combatting opposition narratives and persuading our late deciders to join the “Yes” camp.

Question 1 passed in November 2016 by less than 10,000 votes. Having these more in-depth conversations late in the election cycle helped Nevadans for Background Checks successfully capture their conflicted, late-deciding voters. Beyond pushing this campaign over the finish line, we at Stones’ were proud to have helped the gun violence prevention movement take this important step forward.

We’re confident that this live call tactic can be deployed for a variety of ballot initiative and electoral campaigns to capture late deciders, and we look forward to using live, in-depth conversations with voters to continue to push for progressive change.